Gamblers in Florida have gone through an emotional roller coaster.

There was a new gaming compact that expanded the state’s gambling options, a short-lived launch of an online sportsbook and even talk of the state’s first commercial casino coming to Jacksonville.

But the compact was a hot button issue among the different factions that comprise the state’s gaming industry. Ultimately, those groups filed lawsuits and are taking that fight to the legal system where the courts will make some crucial decisions about how the state’s gambling industry will be expanded.

Given the political sentiment surrounding gambling in the state, it appears that a deal will get done at some point. And Florida sports betting will become a reality.

It’s more a question of how the market will function and when it will launch.

To keep you up to date on all the latest news, PlayFL will use this page as a timeline for all the latest Florida sports betting and gambling expansion news.

MacIver was named Chair of the Commission. He takes over the role previously awarded to Brown. Brown will join D’Aquila and Drago as commissioners. Yaworsky will serve as the Vice Chairman.

The appointments come just a month after Louis Trombetta was named Executive Director at the commission’s first-ever meeting. The continued additions to the board point towards a bullish outlook on the sports betting industry in the Sunshine State.

The tribe announced that it would temporarily pause making payments to the state government until the lawsuits surrounding the gaming compact were resolved. Instead of paying the state, the tribe is putting the money into an escrow account they control themselves.

When a judge deems the compact legal, the tribe will square up its debts with the state. In the new compact, the state pays roughly $500 million to the state government each month.

The Florida Supreme Court ruled that it will review the two gambling-related proposals. One of which would allow non-Seminole entities to offer sports betting and the other would allow non-Seminole entities to operate commercial casinos. However, the casinos must be located outside of a 130-mile radius from where a Seminole property is currently located.

When the court decided to review the proposals, it means that the groups backing the initiatives don’t need to have the wording approved during their second try in 2024.

West Flagler Associates is the ownership group of the two pari-mutuel facilities that sued the state over the gaming compact’s sports betting model. Florida Education Champions is the political action committee behind the failed sports betting ballot initiative. FanDuel and DraftKings donated $37.5 million to the group, while West Flagler is the first Florida-based company to donate.

In other words, it appears there is a widening base of support for a more free-market approach to sports betting.

Monterra AF LLC submitted a filing with the appellate court that argued its case should be kept separate from the West Flagler Associates lawsuit. The legal team for the group cited the different legal precedents that the two cases are hinged on.

Legal experts said that this filing points to a timeline of six to 12 months before anything is resolved in court.

In the first-ever meeting of the Florida Gaming Control Commission, the new regulatory body hired Louis Trombetta as the Executive Director.

The hire itself isn’t particularly noteworthy. However, the legislature created the commission shortly after it passed the gaming compact. The fact that they are continuing to move forward with the group despite the legal challenges facing the compact indicates that the state government wants something to pass eventually.

The Seminoles are facing two separate lawsuits against the gaming compact. One from West Flagler Associates, an ownership group of two pari-mutuel facilities. And another from Monterra AF LLC, a group comprised of businessmen and an anti-gambling group.

West Flagler’s complaint is centered around the sports betting model in the compact, while Monterra opposes the addition of Class III games to Seminole casinos.

Since the federal government felt that there was significant overlap in the two cases, they filed a motion to have them both tried as a single case.

Despite having his initiative defeated just a few weeks earlier, DraftKings CEO said during an earnings call that he was “very confident” that the issue would get on the 2024 ballot.

While he didn’t say much more than that, it does indicate that there will be quite an effort put forward by the company to pass the initiative the second time around.

Since the Department of the Interior was the federal agency that approved the gaming compact between the Seminole Tribe and the state of Florida, DOI Secretary Deb Haaland was listed as the defendant in both lawsuits filed against the agreement.

As a result, it’s the federal government that is arguing for the courts to allow the agreement to pass. In February, the DOI outlined what it will be challenging in the appellate court.

Florida Education Champions, the political action committee backed by FanDuel and DraftKings announced they failed to get enough signatures to get their ballot initiative in front of voters for the 2022 election cycle.

According to the Secretary of State’s website, which tracked the verified signature count in real-time, the initiative was roughly 400,000 signatures shy of hitting the nearly 900,000 needed to get on the ballot.

In a press release, the PAC said that the pandemic was too large of a hurdle to overcome.

“While pursuing our mission to add sports betting to the ballot we ran into some serious challenges, but most of all the COVID surge decimated our operations and ability to collect in-person signatures,” the group said in a statement.

The two online betting giants donated about $37.25 million to the PAC.

FanDuel and DraftKings are direct competitors with Barstool founder Dave Portnoy and his Barstool Sportsbook. But that didn’t stop them from enlisting him to help get their sports betting initiative on the ballot in November.

The initiative would allow for multiple companies to operate in the state’s prospective online sports betting market. The new gaming compact would only allow the Seminole Tribe to operate an online sportsbook.

On January 18, Portnoy took to Twitter and told his 2.7 million followers to sign the petition in a two-minute video he posted.

Emergency Press Conference – I Am Here to Save Sports Gambling in Florida pic.twitter.com/2Ne6DQ97D9

Campaign finance activity reports from the Florida Division of Elections revealed that the Tribe donated $10 million to a group dubbed Standing Up for Florida.

The group used a media campaign to persuade voters against signing the proposal. 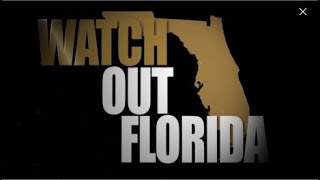 Within 24 hours of Judge Friedrich’s ruling, the Seminole Tribe filed an appeal and a stay. The stay would’ve allowed them to continue operating the sportsbook during the appeals process, but it was denied.

Once the stay was denied, the Seminole Tribe closed its online betting operation and refunded its customers’ balances.

Judge Winsor dismissed their state-level lawsuit, but a U.S. District Court judge ruled in favor of West Flagler about a month later.

Judge Dabney Friedrich ruled that the ‘hub-and-spoke’ did indeed violate the IGRA. She called the Seminoles’ argument that they were in accordance with the law because the servers were on tribal land “fiction.”

The tribe launched its Hard Rock Sportsbook at the start of November. It was available statewide and offered new users a one-time $100 risk-free bet.

“I now find that the pari-mutuels lack standing to sue either defendant, so I grant the State Officials’ Motion to Dismiss. That moots all other motions,” wrote Winsor in his judgment.

A group called No Casinos partnered with three prominent South Florida entrepreneurs to file suit against the compact. While West Flagler took aim at sports betting, Monterra AF LLC set its sights on the addition of Class III gaming at Seminole casinos.

The group said that the addition violated Amendment 3, a Seminole-backed ballot initiative passed in 2018 that said voters must approve any gambling expansion.

The tribe filed paperwork to have both lawsuits tossed out of court. The tribe cited its status as a sovereign nation as a shield from the lawsuit.

Since the feds allowed the gaming compact to pass, West Flagler decided to file a second suit against the deal. But this time, they filed a nearly identical complaint in federal court.

The Bureau of Indian Affairs, which is part of the Department of Interior gave tacit approval to the agreement. The regulatory body had 45 days to review the compact.

Secretary Deb Haaland never signed off on the compact and instead chose to let the window expire, which approves the deal. It is like when a state governor passes a law through inaction. It allows him to pass the law without validating its contents.

The pair of online sports betting giants revealed that they contributed a combined $20 million to the PAC to help their effort in getting the ballot initiative in front of voters in 2022.

According to the IGRA, all betting with tribal entities must take place on tribal land. However, the Seminole Tribe would service the entire state with its online sportsbook. The tribe claimed that since the servers were on tribal land, they were in accordance with federal standards.

A political action committee called Florida Education Champions filed a constitutional amendment with the Florida Division of Elections. The proposal would allow retail sports betting at professional sports venues and pari-mutuel facilities, as well as mobile and online betting throughout the state.

The initiative intended to add free-market principles to the Florida sports betting market. Instead of only allowing the Seminole Tribe to operate as the centerpiece.

Legislators called a special session to look over the details of the gaming compact. Sunshine State lawmakers overwhelmingly supported the deal and passed it by a 97-17 margin.

Gov. Ron DeSantis signed an agreement with the Seminoles that would legalize sports betting in Florida, as well as expand gambling options throughout the state.

In broad terms, the compact would allow pari-mutuel facilities to offer house-backed card games like blackjack. It would also allow the Seminoles to spread Class III gaming like craps and roulette.

Under its sports betting provisions, the deal set up a ‘hub-and-spoke’ model that would make the tribe the centerpiece of the Florida sports betting industry. The tribe would be the only operator in the online betting market.

Pari-mutuels that offer a brick-and-mortar sportsbook would do so as a partner of the Seminole Tribe. The tribe would receive a cut of the revenue those retail sportsbooks generate.